I’m a conservative: you can hate me now

Unless I come up to you out of the blue and punch you directly in the face, with no warning, I mean no aggression and am not denying your right to anything. I will not ‘acknowledge’ your existence as a ‘marginalised’ individual because I see you as more than your self-imposed label. I will not stop saying something because you are offended. If you’re unhappy with what I say, then don’t listen.

For those who know me personally (and even for those who judge me on what I post), it’s safe to say that I am an intellectual who holds values like freedom of expression and free speech very close to heart. I love writing, and feel secure in my right to artistic expression.

Regardless of my affiliation with the journalism industry, and my very likely career path in this field, I find myself having to actively search for the truth.

In a time of incredible internet sources, social media connections and a world of virtual reality, I actually find that I don’t know what to believe. I think many of you can agree: there is always a different side to every story, and it seems, to every fact too.

I am a young Generation Z (clearly obsessed with titles and identity categories) and the majority of my day is spent on social media. I can’t be the only one battling with the political correctness forced down my throat every time I go onto Facebook or Instagram. You are only a good person if you are a liberal, or, to put it more simply, if you believe in the concepts of white guilt, systematic racism, third-wave feminism, safe spaces and microaggressions

According to the social trends of our generation, saying that a man can be a woman and that white people are, by inherent make-up, oppressive and evil, is the price one has to pay to gain entrance into the club of ‘liberalism’.

Now, as a straight, educated white woman, I am in no way blind to my so-called privilege: I acknowledge that I am privileged. I am not, however, privileged because I happen to be white. I am not entitled to anything because I am a female. I am not the victim of any patriarchal, woman-hating society.

Still, I am privileged because I have an accepting, loving family (who are by no means rich white folk). I have worked hard throughout my life (and received numerous academic scholarships) for the hours put into making myself stand out.

While stating that my privilege is in no way related to my whiteness, I am already a controversial, right-wing maniac intent on the destruction of equity everywhere. That’s what the mainstream agenda professes, anyway.

I know I am not the only one struggling to form an independent identity, or find a set of ideals in line with my moral code. Having gone to a ‘progressive’ university and studied an arts degree in the humanities, it almost feels like I am streamlined to swallow the ideas of liberalism. I had professors and lecturers who pushed a specific plan –  a curriculum –  and I was none the wiser. I was educated to accept social progressiveness and if I happened to disagree or think otherwise, I hushed those thoughts and prayed they didn’t show on my face.

I thought I had to be a liberal who supported the message of every social justice warrior, and who accepted the noise they made as a side-effect of their passion for ‘doing what’s right’. Like all of us, I wanted to be ‘in’ with doing what’s right, and the ‘right’ thing was swimming along with the current. So then why, in a world where anyone can be literally anything, did I still feel so isolated?

This feeling of isolation began to subside when I started doing my own research on the 2020 American election. Before you roll your eyes at another Republican puppet, I do not endorse any of Trump’s personal qualities because supporting someone based on their personality is how cults form. Regardless, during this lockdown, I happened upon a video of Ben Shapiro titled ‘Ben Shapiro And Free Speech On Campuses” and, seeing as this video would be considered societally taboo and I am still a young, hot-headed youth, I watched it. It changed my life. Not because I found someone who voiced my fears about the ‘cancel culture’ on campuses,  but because I finally found a community of people who went against the grain.

In case you hadn’t noticed, going against the grain means rejecting nearly every factually presented Instagram post (from apparently objective sources like CNN), every call for social justice (there are, after all, a bunch of bathrooms on campus that need to be made unisex – choose one) and every condemnation of different viewpoints.

I have found that a very common trend used by liberals to belittle the opinions of those who differ from the mainstream one is to throw around racial classifications and words like ‘Bigot’ instead of entering into honest, calm debate.

The fact that I feel the need to disclose that I am not a racist, patriarchy-supporting, transgender-hating, homophobic, xenophobic, backwards individual simply because I refuse to believe in political correctness says enough in itself. I just don’t think that Anne Hathaway should have apologised to the ‘disabled community’ for playing a three-fingered witch in a movie. If you happen to be a witch who has three fingers, take it up with Roald Dahl, the children’s fantasy writer…

I have never had a hero, and I have never felt connected to a specific group of people (as you can probably guess, I was not the popular kid in high school with the coolest car or newest jeans). I was never devoted to an ideology. Now, having spent considerable time in this lockdown researching and coming into contact with sources that are not conventional,

I have heroes in Candice Owens, Ricky Gervais and Ben Shapiro. I feel connected to a group of people – good, thoughtful people – who are as in shock of the overt manipulation of facts by so-called trustworthy media as I am.

I am now devoted to letting everyone like me know (whether you even understand what right-wing or left-wing means) that you are not evil or somehow inherently oppressive for thinking differently or for thinking that non-gendered pronouns are a load of rubbish. Whether you want to kiss men or women, clothe yourself in dresses or suits, eat meat or not, I don’t care. It is not for me to care about: your right to exist as you want to is just that: yours. My right to say what I want is just that: mine.

I believe in innocence until proven guilty, in irrefutable facts, in men opening the door for me and in the right to say what I think without fear of attack.

I can’t imagine the opinions, hate and ignorance that this post will cause, and I can’t tell how many followers I’ll loose (not that I had that many to begin with). I just believe that writing this – that letting other young people know that there is an alternative to liberalism – is okay. I maintain that everyone has a right to their opinions, but not to their own facts. You can feel what you feel, but don’t impose that on me.

There is only one truth, and that is the truth based on evidence. Since embarking on this self-education (and paradigm shift), I now resort to finding out information for myself and not digesting what everyone else tells me to. Whoopie Goldberg does  not control what I see as moral or right, regardless of her ‘woke’ social media posts. I will enjoy your acting, but I reject your political views. Cardie B is definitely not my authority on politics or constitutional voting, no matter how many times she interviews Joe Biden on tax cuts.

We are mature enough, thoughtful enough, and ‘woke’ enough to be able to make out own choices. As is said in one of my favourite quotes by Oscar Wilde:

“I may not agree with you, but I will defend to the death your right to make an ass of yourself“. 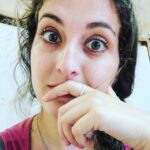 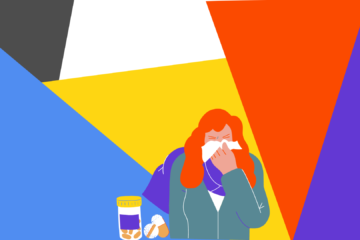 “Covid caused my oxygen levels to drop to 56%, which is why I was then hospitalised, and it caused me to have muscle weakness" 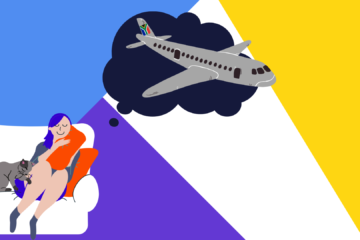 Away from home in a pandemic: A South African’s experience in the UK

Seeing as South Africa will not experience this feeling of hope for a while, it helps to talk to people who have had the vaccine and whose lives are returning to some semblance of normality. 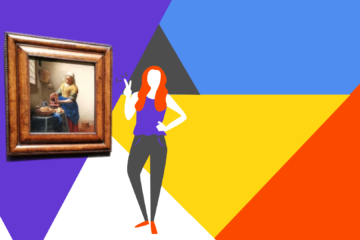 The reduced number of museum visitors competing for prime viewing space is just one bonus of being a tourist under pandemic constraints. Another is being able to feel awe and intense appreciation for art, while the world outside collectively holds their breath until a vaccine is found.